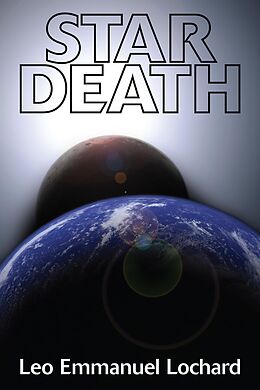 Star Death is a science-based fiction book depicting "sun death" as revealed by the Prophets and as depicted by the Apostle Peter in the Holy Bible. It also parallels scientific estimations of solar entropy as forecast by major astrophysicists who have pushed Relativity Theory to its applicable limits. This book, based on real scientific theorization, is fresh in perspective and presents the laws of thermodynamics in a way never entertained before. The sun, reacting to inputs from the outer reaches of the Milky Way Galaxy, must therefore "negotiate" the "tugs of entropy"; it stretches its electromagnetic curtain to envelop the whole heliosphere into tumultuous radiation eruptions that extend even to the outer periphery of the solar system. Jupiter, Mercury, and the Earth convulse under tremendous pressures that impinge upon their mass and magnetic fields, respectively, to produce turbulence and perturbations uprooting the relative tranquility of the solar system. On the Earth, there is life, human life. Gravi-metric processes become chaotic and erratic so as to disrupt the daily routine of productive life. With impending "star death" came the imperative necessity to create a permanent, safe, space habitation for the human family. As "sun death" affected the whole human species, countries undertook to cooperate internationally in order to alleviate human suffering in the light of the possible extinction of the family of Man.

Autorentext
Leo Emmanuel Lochard is a secondary school teacher with two degrees in political science. Certified to teach social sciences, Lochard has a keen interest in interdisciplinary subjects, such as how the arts and sciences intersect and how science and religion interface for developing approaches to scientific problem-solving.