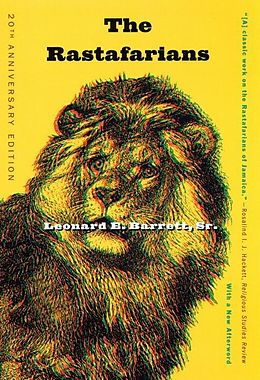 The classic work on the history and beliefs of the Rastafarians, whose roots of protest go back to the seventeenth-century maroon societies of escaped slaves in Jamaica. Based on an extensive study of the Rastafarians, their history, their ideology, and their influence in Jamaica, The Rastafarians is an important contribution to the sociology of religion and to our knowledge of the variety of religious expressions that have grown up during the West African Diaspora in the Western Hemisphere.From the Trade Paperback edition.

Leonard E. Barrett, Sr., is emeritus professor of religion at Temple University. His previous works include Soul-Force: African Heritage in Afro-American Religion, which was nominated for a National Book Award, and The Sun and the Drum, an examination of the African roots of Jamaica's folk culture.