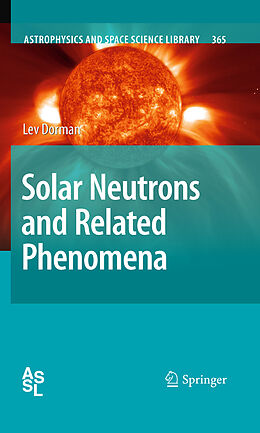 Short Historical Overview In the 1940s, two phenomena in the ?eld of cosmic rays (CR) forced scientists to think that the Sun is a powerful source of high-energy particles. One of these was discovered because of the daily solar variation of CR, which the maximum number of CR observed near noon (referring to the existence of continuous ?ux of CR from the direction of the Sun); this became the experimental basis of the theory that CR's originate from the Sun (or, for that matter, from within the solar system) (Alfven 1954). The second phenomenon was discovered when large ?uxes of high energy particles were detected from several solar ?ares, or solar CR. These are the - called ground level events (GLE), and were ?rst observed by ionization chambers shielded by 10 cm Pb (and detected mainly from the secondary muon-component CR that they caused) during the events of the 28th of February 1942, the 7th of March 1942, the 25th of July 1946, and the 19th of November 1949. The biggest such event was detected on the 23rd of February 1956 (see the detailed description in Chapters X and XI of Dorman, M1957). The ?rst phenomenon was investigated in detail in Dorman (M1957), by ?rst correcting experimental data on muon temperature effects and then by using coupling functions to determine the change in particle energy caused by the solar-diurnal CR variation.

This book presents the first comprehensive compilation and review of the extensive body of experimental and theoretical material on solar neutrons and related phenomena published in the scientific literature over the last sixty years. Phenomena related to solar neutrons are more specifically:

Models and simulations of particle acceleration, interactions, and propagation processes show that observations of solar neutrons and gamma rays in space and in the Earth's atmosphere yield essential and unique information on the source function of energetic solar particles, as well as on the chemical composition and density distribution of plasma in the solar atmosphere. The results described in the book may also be useful for astrophysical studies of other stars and different astrophysical objects, as well as for space weather problems.

The book will serve as a reference work for researchers and students in solar physics, plasma, neutron, and gamma ray physics, as well as in cosmic ray physics, space science, geophysics and those researching space weather problems.