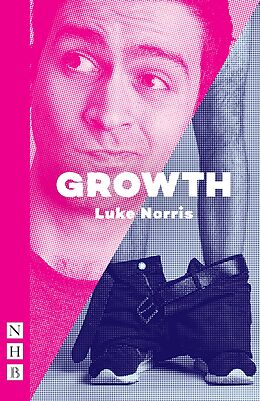 A comedy about growing up and manning up.

Tobes is young, free and having a ball. Off. He's successfully ignored his lump for two years but it's starting to get in the way - cramping his style and, worse, affecting his sex life. So now there are pants to be dropped, and decisions to be made... it's a real ball ache.

Luke Norris's play Growth was first produced by Paines Plough in their pop-up theatre, Roundabout, at the 2016 Edinburgh Festival Fringe, before touring. An earlier version of the play was seen at the Gate Theatre, London.

Luke Norris is a writer and actor. His writing credits include: So Here We Are (HighTide/Manchester Royal Exchange); Growth (Gate Theatre); Hearts (National Theatre Connections); A Puzzle (Site Specific piece for the Royal Court); Goodbye To All That (Jerwood Theatre Upstairs) and Borough Market (Edinburgh Fringe).