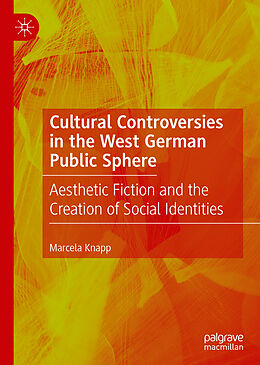 This book develops a theory of aesthetic fiction's impact on social identities. Throughout five case studies, the author develops the argument that social identities are nurtured by and may even emerge through the conflict between different aesthetic expressions. As it creates affective structures, narrative fiction enables the development and formation of political and cultural identities.

This work is part of a field of research that deals with the aesthetics of the everyday and the idea of social aesthetics. It argues for a central role for the arts in the creation and formation of modern society. Social identities emerge in response to aesthetic-sensual patterns of perception.

Focusing on five West German public debates in the years 1950 to 1990, this work sheds light upon the transformation of social reality through the discursive adaption of art.

Untertitel
Aesthetic Fiction and the Creation of Social Identities