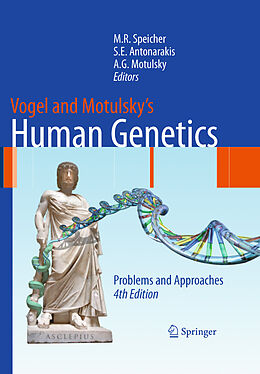 The fourth edition of this classical reference book can once again be relied upon to present a cohesive and up-to-date exposition of all aspects of human and medical genetics. Human genetics has become one of the main basic sciences in medicine, and molecular genetics is increasingly becoming a major part of this field. This new edition integrates a wealth of new information - mainly describing the influence of the "molecular revolution" - including the principles of epigenetic processes which together create the phenotype of a human being. Other revisions are an improved layout, sub-division into a larger number of chapters, as well as two-colour print throughout for ease of reference, and many of the figures are now in full colour. For graduates and those already working in medical genetics.

The fourth, completely revised edition of this classic reference and textbook presents a cohesive and up-to-date exposition of the concepts, results, and problems underlying theory and practice in human and medical genetics. In the 10 years since the appearance of the third edition, many new insights have emerged for understanding the genetic basis of development and function in human health and disease. Human genetics, with its emphasis on molecular concepts and techniques, has become a key discipline in medicine and the biomedical sciences.

The fourth edition has been extensively expanded by new chapters on timely topics such as epigenetics, pharmacogenetics, gene therapy, cloning, and genetic epidemiology, and databases for basic and clinical genetics. In addition a multi/chapter section giving an overview on the main model organisms (mouse, dog, worm, fly, fish) used in human genetics research has been introduced.

This book will be of interest to human and medical geneticists, scientists in all biomedical sciences, physicians and epidemiologists, as well as to graduate and postgraduate students who desire to learn the fundamentals of this fascinating field.

Inhalt
IntroductionHistory of Human GeneticsHuman Genome Sequence and VariationChromosomesFrom Genes to Genomics to ProteomicsFormal Genetics of Humans: Modes of Inheritance Linkage Analysis for Monogenic TraitsOligogenic DiseaseFormal Genetics of Humans: Multifactorial Inheritance and Common Diseases Lessons from the Genome-Wide Studies for Complex Multifactorial Disorders and TraitsEpigeneticsHuman Gene Mutation: Mechanisms and ConsequencesHuman HemoglobinHuman Genetics of Infectious DiseasesGene Action: Developmental GeneticsCancer GeneticsThe Role of the Epigenome in Human CancersPopulation Genetic Principles and Human PopulationsConsanguinity, Genetic Drift, and Genetic Diseases in Populations with Reduced Numbers of FoundersHuman EvolutionComparative GenomicsGenetics and Genomics of Human Population StructureGenetic EpidemiologyPharmacogenetics Behavioral GeneticsThe Genetics of PersonalityMental Retardation and Intellectual DisabilityGenetic Factors in Alzheimer Disease and DementiaGenetics of AutismThe Genetics of Alcoholism and Other Addictive DisordersBehavioral Aspects of Chromosomal VariantsGenetics of Schizophrenia and Bipolar Affective DisorderModel Organisms for Human DisordersMouse as a Model for Human DiseaseCaenorhabditis elegans, A Simple Worm: Bridging the Gap Between Traditional And Systems-Level BiologyDrosophila as a Model for Human DiseaseHuman Genetics and the Canine SystemFish as a Model for Human DiseaseGenetic Counseling and Prenatal DiagnosisGene TherapyCloning in Research and Treatment of Human Genetic DiseaseGenetic Medicine and Global HealthGenetic DatabasesDatabases and Genome BrowsersEnsemblGenome BrowserDatabases in Human and Medical GeneticsSubject Index. 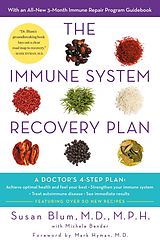 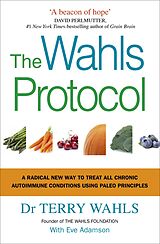