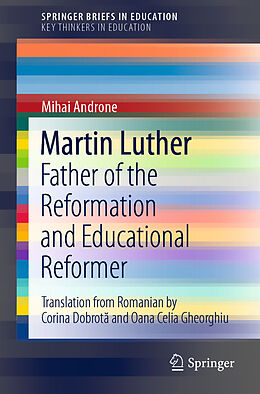 This book explores specific aspects of Martin Luther's ideas on education in general, and on religious education in particular, by comparing them to the views of other great sixteenth-century reformers: Huldrych Zwingli, John Calvin, and Philip Melanchthon. By doing so, the author highlights both the originality of the German reformer's perspective, and the major impact of the main religious movement at the dawn of modernity on the development of public education in Western Europe.

Although Martin Luther was a religious reformer par excellence, and not an educational theorist, a number of pedagogically significant ideas and ideals can be identified in his extensive theological work, which may also qualify him as an education reformer. The Protestant Reformation changed the world, bringing to the fore the relation between faith and education, and made the latter a public responsibility by proving that the spiritual enlightenment of youth, regardless of gender and social origin, is indissolubly linked to instruction in general, and especially to a more thorough understanding of the classical languages, arts, history and mathematics.

Mihai Androne is an Associate Professor at the Department of Teacher Training at the  Lower Danube University of Galati, Romania, where he teaches ethics and pedagogical deontology, and philosophy of education. He received his B.A. in Philosophy from Al. I. Cuza University of Iasi, Romania, in 1993, and his B.A. in Pastoral Orthodox Theology from the University of Bucharest in 1999. In 2006 he defended his Ph.D. in Philosophy at Al. I. Cuza University of Iasi, with a thesis on the philosophical importance of the reformer John Calvin's doctrine. Since 2000 he has completed training at the University of Lausanne's Faculty of Theology and Religous Studies. He is currently studying for a Ph.D. in Protestant Theology at the University of Geneva with a thesis on John Calvin. He has authored three books in Romanian, as well as numerous scientific articles in Romanian, English and French. He participated in several national and international conferences and symposia on philosophy, education, and protestant theology. He translated the Heidelberg Catechism into Romanian. His research interests include John Calvin, Martin Luther, Reformed theology, Reformation theology, Church Fathers, theological anthropology, philosophical anthropology, philosophy of education, and  Religious education.

Untertitel
Father of the Reformation and Educational Reformer 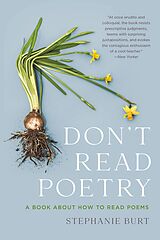