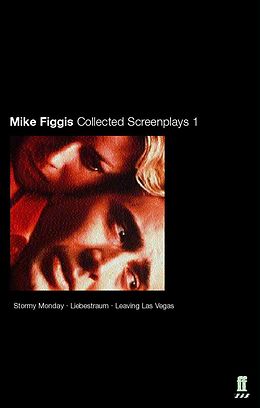 Whether working in England or America, Mike Figgis is one of the most innovative and iconoclastic writer-directors in cinema today, and this collection of screenplays displays the rich diversity of his tastes in style and subject matter.

In the era of Reagan and Thatcher's 'special relationship', Newcastle hosts a special 'America Week', and US businessman-gangster Frank Cosmo seeks to capitalise by pressurising jazz club owner Finney to sell his premises. Finney receives unexpected assistance from Brendan, his newly-hired young janitor, who is also romancing Kate, an escort girl who works part-time for Cosmo.

Architecture professor Nick Kaminsky travels to Elderstown, Illinois, to be by the bedside of his dying mother. He runs into Paul, an old college friend, whose construction company is demolishing a beautiful old cast-iron department store, scene of a notorious murder / suicide 30 years ago. Nick becomes steadily more fascinated, by the building and its history, and by Paul's beautiful wife, Jane.

Alcoholic Ben Sanderson loses his Hollywood job, takes his severance pay, and drives to Vegas with the mission of drinking himself to death. On the Strip he encounters working girl Sera: she falls for him, and he moves in with her, at the same time extracting a solemn promise that she will not try to divert him from his chosen path of self-annihilation.