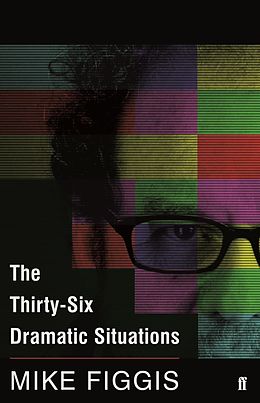 The original 36 Dramatic Situations was written in in French by Georges Polti in the 1850s. Polti synthesised all drama as belonging to combinations of 36 situations. In the book he illustrates each 'situation' with examples from classical and French theatre.

When Mike Figgis used the book as an aid in putting together a treatment for a film, he found that his landscape of creativity had altered quite radically and ideas came forth with relative ease.He realised that Polti's book was system of reference which could be a powerful tool for writers. So he began updating all of the references, moving the focus away from theatre and focussing primarily on cinema.

In the first half, each 'Dramatic Situation' is laid out under the 36 headings. The specific 'Situation' is then explained more fully, followed by an example from a specific film, accompanied by an explanation of how the device is used in the film. In the second half of the book there are a series of charts which analyse 150 great films (of all genres) based on the 36 situations.