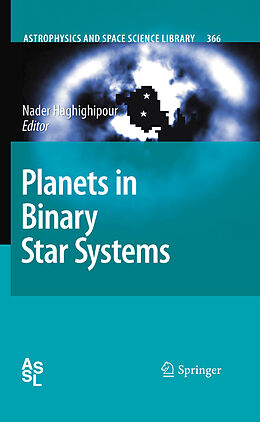 In 1988, in an article on the analysis of the measurements of the variations in the radial velocities of a number of stars, Campbell, Walker, and Yang reported an - teresting phenomenon;the radial velocity variations of Cephei seemed to suggest the existence of a Jupiter-like planet around this star. This was a very exciting and, at the same time, very surprising discovery. It was exciting because if true, it would have marked the detection of the ?rst planet outside of our solar system. It was surprising because the planet-hosting star is the primary of a binary system with a separation less than 19 AU, a distance comparable to the planetary distances in our solar system. The moderatelyclose orbit of the stellar companionof Cephei raised questions about the reality of its planet. The skepticism over the interpretation of the results (which was primarily based on the idea that binary star systems with small sepa- tions would not be favorable places for planet formation) became so strong that in a subsequent paper in 1992, Walker and his colleagues suggested that the planet in the Cephei binary might not be real, and the variations in the radial velocity of this star might have been due to its chromospheric activities.

This volume seeks to gather the current research in the area of planets in binary and multistar systems and to familiarize readers with its associated theoretical and observational challenges.