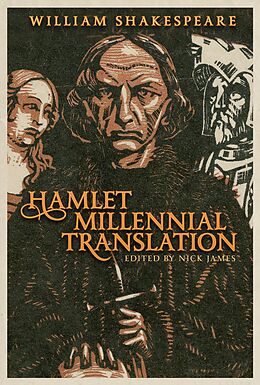 Okay you have to yeet this play. It is on fleak and will remain that way for all time. If you have never read Hamlet then it's probably because the language is so old and crusty. This is the Hamlet you want and need and have been secretly craving it but never knowing it.

Hamlet comes home from school to find out his THOT Uncle murdered his pops, married his mom, and stole his crown. Hamlet is beyond and doesn't know what to do when his ghost dad shows up and tells him he has to throw down and take revenge. Now Hamlet has to figure out how to take out his snake of an uncle, deal with his bae, call out his bros, and act like he is insane in the membrane.

Read the best Shakespeare play ever in a way you can understand it's entirity.