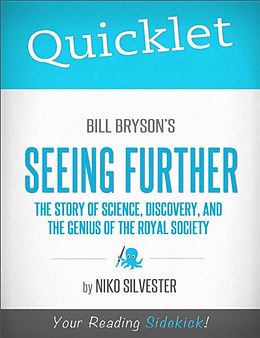 Quicklet on Bill Bryson's Seeing Further: The Story of Science, Discovery, an...

The Royal Society was founded in 1660 from a basis of more informal meetings of physicians, natural philosophers, and other interested parties (there was no such thing as a ",scientist", yet). It was influenced by Francis Bacon's thinking about science and knowledge and inspired by the many discoveries that were happening at the time. In a sense, the development of the Royal Society was a mirror of the development of science itself. 2010 was the 350th anniversary of the founding of the Royal Society, and Seeing Further: The Story of Science, Discovery, and the Genius of the Royal Society was published to commemorate that fact. Rather than simply write a history of the institution, Bryson elected to edit a volume of essays displaying some of the variety of interests so evident in the Royal Society itself. He selected twenty one writers, and not just scientists, either. Though there are quite a few eminent scholars listed as authors, there are also novelists and journalists. What they all share, though, besides the ability to turn a phrase, is an enthusiasm for science and an appreciation for the achievements of the Society.

Titel
Quicklet on Bill Bryson's Seeing Further: The Story of Science, Discovery, an... 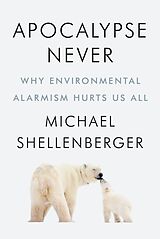 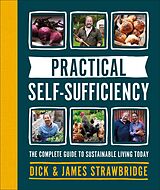