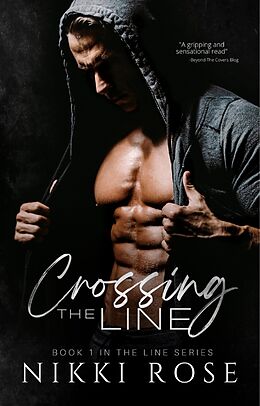 Crossing the Line (The Line Series, #1)

He's a killer able to reach even the most untouchable marks and she's his new obsession. Watching from his balcony, Hunter can't fight the force pulling him toward the girl who just moved in across the street. The sexy little brunette bouncing around her apartment unpacking boxes has him searching for a way to get closer. He never expected to be watching from the shadows as the police take her away. If he wants a chance with her, he has no choice but to follow.

All Addy wanted was a new beginning and a chance at a normal life after leaving her cheating ex. She never expected her new start to include witnessing a brutal crime and being forced to relocate while the police searched for the killer. Finding herself waiting tables alone in a new town isn't exactly the start she was hoping for until the handsome stranger at table four turns her world upside down.

Crossing the Line is a standalone Romantic Suspense / Mystery novel with a guaranteed HEA and no cliffhangers.
Contains violent scenes and sexual situations. Mature readers only. Adults 18+