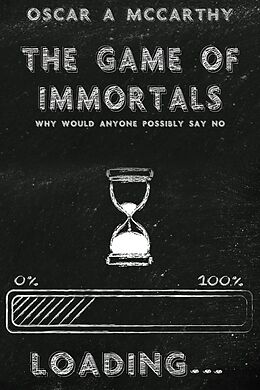 WHY WOULD ANYONE POSSIBLY SAY NO

Pain surged down Dan's arm. The orc's sword had sliced between his middle and ring finger all the way to the wrist. A second later, the orc's head was sliced off and Dan couldn't see for all the blood in his eyes.

When he opened his eyes again, Dan knew that he had passed out. A tourniquet was tied around his forearm, followed by a stump wrapped in cloth. The pain was incredible. He reached into the pocket of his ragged clothes and pulled out some purple berries.

"No!" a man ran out of the woods and wrestled the berries from Dan's hand.

"It hurts too much Quinn, let me do it!"

"That's what you get for using your hand to shield yourself from an attacking orc. Man, did you see yourself? You had two halves of your hand just flopping around."

Dan looked up through the forest's bare branches, dotted by the occasional flake of snow. "How are we going to kill a dragon if we can barely handle an orc? We can't fight it with just the two of us."

"We know where it sleeps. There won't be a fight."

"Yeah but…well…it's a dragon. If anything goes wrong, it won't be quick. It probably breathes fire and all and so there's a chance of that. Probably has sharp teeth, claws. It just sounds painful is all."

"You know we have to do this."

Quinn shouted, "I'm done living like that! I don't care what it takes and I thought you felt the same way."

Dan kicked a stone by his foot. "I do." He held up his handless arm. "A shield would be nice though."