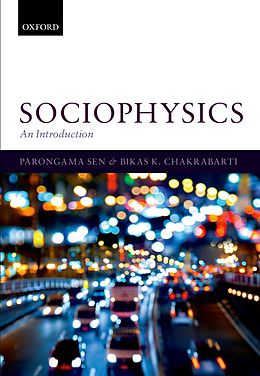 This book discusses the study and analysis of the physical aspects of social systems and models, inspired by the analogy with familiar models of physical systems and possible applications of statistical physics tools. Unlike the traditional analysis of the physics of macroscopic many-body or condensed matter systems, which is now an established and mature subject, the upsurge in the physical analysis and modelling of social systems, which are clearly many-body dynamical systems, is a recent phenomenon. Though the major developments in sociophysics have taken place only recently, the earliest attempts of proposing "Social Physics" as a discipline are more than one and a half centuries old. Various developments in the mainstream physics of condensed matter systems have inspired and induced the recent growth of sociophysical analysis and models. In spite of the tremendous efforts of many scientists in recent years, the subject is still in its infancy and major challenges are yet to be taken up. An introduction to these challenges is the main motivation for this book.

Parongama Sen is Associate Professor of Physics at the University of Calcutta. Her research interests include phase transitions and critical phenomena, complex networks, physics of quantum and classical random walks, and applications of physics to social sciences. Bikas K. Chakrabarti is Professor of Physics at the Saha Institute of Nuclear Physics, and Visiting Professor of Economics at the Indian Statistical Institute. He has research interests in statistical physics, condensed matter physics, physics of quantum glasses, annealing and computation, and applications of physics to social sciences.