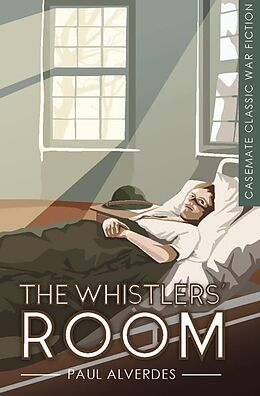 An "extremely atmospheric and poignant" novel of wounds that never heal and lives forever scarred by World War I (Books Monthly).

They're called Whistlers-residents of a German hospital who have all been wounded in the throat, and whose every breath is punctuated with a high-pitched whistle.

One young soldier, Pointner, has no hope for recovery. His only solace comes from the British sniper's cap he keeps as a trophy. Fellow casualty Kollin clings to the belief that he will be whole again. When an unlikely comrade joins them in the ward-the Englishman Harry, similarly injured but separated by allegiance-they find themselves bound, beyond the countries and crowns that have forgotten them, not only by their wounds but also by their common humanity.

Paul Alverdes was a German novelist and poet. He volunteered for duty in World War I and sustained a severe injury to his throat. Alverdes wrote The Whistlers' Room a decade after his service, and later wrote children's books as well.