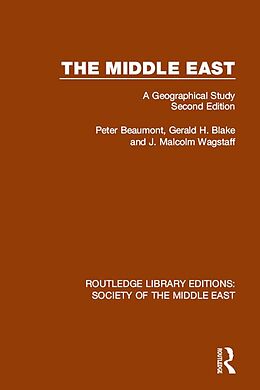 This book, first published in 1976 and in this second edition in 1988, combines an examination of the political, cultural and economic geography of the Middle East with a detailed study of the region's landscape features, natural resources, environmental conditions and ecological evolution. The Middle East, with its extremes of climate and terrain, has long fascinated those interested in the fine balance between man and his environment, and now its economic and political importance in world affairs has brought the region to the attention of everybody.

1. Relief, Geology, Geomorphology and Soils 2. Climate and Water Resources 3. Landscape Evolution 4. Rural Land Use: Patterns and Systems 5. Population 6. Towns and Cities 7. Problems of Economic Development 8. Industry, Trade and Finance 9. Petroleum 10. The Political Map 11. Tradition and Change in Arabia 12. Iraq - A Study of Man, Land and Water in an Alluvial Environment 13. Agricultural Expansion in Syria 14. Religion, Community and Conflict in Lebanon 15. Jordan - The Struggle for Economic Survival 16. Israel and the Occupied Areas: Jewish Colonization 17. The Industrialization of Turkey 18. Iran - Agriculture and its Modernization 19. Egypt - Population Growth and Agricultural Development 20. Libya - Oil Revenues and Revolution