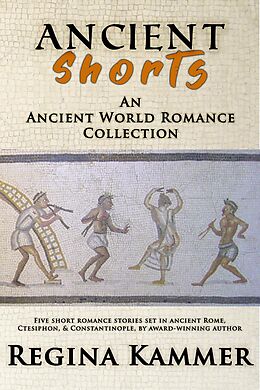 A famous myth rewritten. A servant and a soldier in Imperial Rome. A princess and a eunuch in Parthian Ctesiphon. A noble woman and a Viking raider in Byzantine Constantinople. A reunion. A discovery. A connection.

Hot as Hades Mythological After living in Hell for four months, Persephone returns home to the mortal realm. But can home truly be home without the man she loves?

The Promise of Memory 100 CE A Roman slave finds freedom in her fantasies of a knight in Trajan's imperial guard - a warrior who evokes memories of a long lost love.

An Unexpected Discovery 130-138 CE A Parthian princess searching for the lost throne of her kingdom engages the services of a palace eunuch and discovers a treasure far more precious.

The Eunuch 138 CE In Ancient Parthia, a palace eunuch gives his body in service to a princess. But who is really in control?

Nota Bene: "An Unexpected Discovery" and "The Eunuch" are published together for the first time.

Protecting Her 860 CE A Byzantine noblewoman seeking refuge in a monastery loses her heart to an invader when Constantinople is sacked by the Rus.