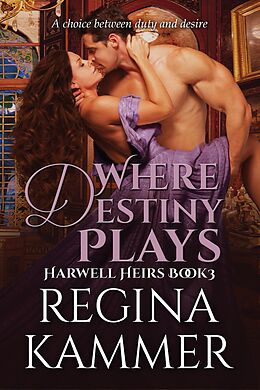 A choice between duty and desire…

After a night of passion at Victorian England's most notorious masquerade, Arthur Harwell knows he's met the woman of his dreams. A wealthy viscountess with deep political connections, Lavinia is surely the perfect match for the future marquess. But tragedy has left Lavinia unable to provide Arthur with the one thing he needs: an heir. Must Arthur abandon true love to satisfy aristocratic obligations?

A Vow Reconsidered Ever since a tragedy twenty years ago, Arthur Harwell, the Earl of Petersham, has vowed to never fall in love again-or marry. Yet a passionate encounter with a veiled woman at a masquerade inflames his hopes, and he is determined to find her. When he discovers the stranger is Lavinia, a woman for whom he already carries a torch, he is certain his future is settled.

An Old Wound Widowed, wealthy, and well-connected, Lavinia, the Viscountess Foxley-Graham, has her pick of lovers, including the far too appealing Lord Petersham. Yet a disastrous affair twenty years prior left her heartbroken and wary. She fights her demons to allow herself to fall in love with Arthur.

A Doomed Attraction But disaster looms anew. As heir to the Marquessate of Richmond, Arthur is required to marry-and produce an heir. Lavinia's scandalous liaison left her with more than just sorrow-she was rendered barren. Can Arthur reconcile familial duty with the needs of the heart?

Book 1: The Pleasure Device In Victorian London of 1879, a new device for the treatment of hysteria has just arrived from France. Dr. Julius Christopher plans to use the invention for his own salacious scheme. Can Dr. Nicholas Ramsay prevent his beloved, the virginal debutante Helena Phillips, from being the next patient?

Book 2: Disobedience By Design In 1860, the railways of Victorian England transport American stevedore Joseph Phillips to the lush countryside of Lincolnshire…and into the arms of Lady Sophia Harwell. But Sophia is betrothed to a violent villain who wants only two things: her virginity and her dowry. Can Joseph save his beloved without scandalizing upper-class British society?

Book 3: Where Destiny Plays A night of passion at Victorian England's most notorious masquerade finds Arthur Harwell in the arms of Lavinia. A wealthy viscountess with strong political ties, she's the perfect match for the future marquess. But tragedy has left her unable to provide Arthur with the one thing he needs: an heir. Must Arthur abandon true love to satisfy aristocratic obligations?