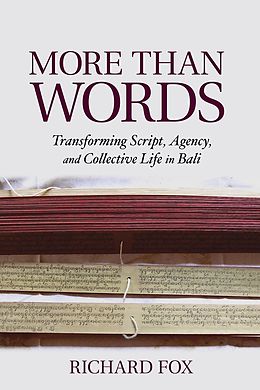 Grounded in ethnographic and archival research on the Indonesian island of Bali, More Than Words challenges conventional understandings of textuality and writing as they pertain to the religious traditions of Southeast Asia. Through a nuanced study of Balinese script as employed in rites of healing, sorcery, and self-defense, Richard Fox explores the aims and desires embodied in the production and use of palm-leaf manuscripts, amulets, and other inscribed objects.

Balinese often attribute both life and independent volition to manuscripts and copperplate inscriptions, presenting them with elaborate offerings. Commonly addressed with personal honorifics, these script-bearing objects may become partners with humans and other sentient beings in relations of exchange and mutual obligation. The question is how such practices of "the living letter" may be related to more recently emergent conceptions of writing-linked to academic philology, reform Hinduism, and local politics-which take Balinese letters to be a symbol of cultural heritage, and a neutral medium for the transmission of textual meaning. More than Words shows how Balinese practices of apotropaic writing-on palm-leaves, amulets, and bodies-challenge these notions, and yet coexist alongside them. Reflecting on this coexistence, Fox develops a theoretical approach to writing centered on the premise that such contradictory sensibilities hold wider significance than previously recognized for the history and practice of religion in Southeast Asia and beyond.

List of Illustrations
Preface and Acknowledgements
A Note on Orthography and Related Conventions
1. Manuscripts, Madness
2. Writing and the Idea of Ecology
3. The Meaning of Life, or How to Do Things with Letters
4. Practice and the Problem of Complexity
5. Maintaining a Houseyard as a Practice
6. Tradition as Argument
7. Translational Indeterminacy
8. Wagging the Dog
Notes
Works Cited
Index 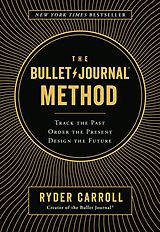