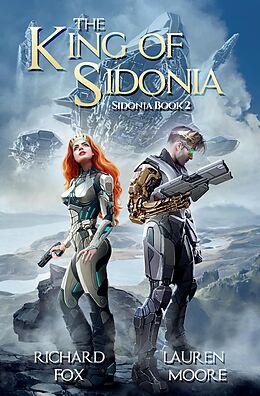 The King of Sidonia

A peaceful planet under attack. One king stands in the way. A year after the invasion that almost destroyed the planet, Sidonia has rebuilt, with their new king and queen at the vanguard. But the marriage, entered into to guarantee an ally and stability for the nation, is fragile. Love is not as simple as signing your name on a document, and the new queen has a mind of her own. Now, terrorists are infiltrating the capital and the death toll is rising. King Vincent is overwhelmed and the queen feels overlooked. When she decides to call it quits, she runs-straight into an enemy plot. The King of Sidonia is a space opera filled with action and adventure, clean romance and an exciting conclusion to Cosima and Vincent's story.

Upon graduation from the United States Military Academy at West Point, Richard Fox began his decade-long service in the US Army as a Field Artillery and Military Intelligence officer. During that time, he served two fifteen-month tours in Iraq and was awarded the Combat Action Badge, the Bronze Star, and a Presidential Unit Citation.

He lives and works in southern Arizona with his incredible wife and two boys, amazing children bent on anarchy.

Titel
The King of Sidonia