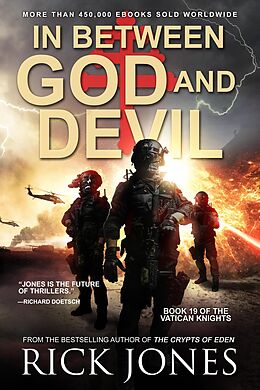 In Between God and Devil (The Vatican Knights, #19)

In central Syria, villages are razed as young men are conscripted to join the ISIS faction.

In a Doctors Without Borders camp, which is overrun by members of the Islamic State, people are abducted along with a priest, Father Savino, who also happens to be the brother of the Vatican's Secretariat of State.

From the Green Zone in Iraq, Shari Cohen, now a CIA consultant and operator, learns that she must appropriate intel from the resurging ISIS force to stop them from striking international targets.

In Vatican City, Kimball Hayden, a man who was broken in every way a man could be broken, and then mended after being on the brink of death, once again finds himself in service of the Vatican. But is he the man he used to be? Is he a soldier of God or something completely different?

In a twofold journey that teams the Vatican Knights with Shari Cohen, they must go into the heart of an ISIS training camp not only to rescue the hostages, but to gather the intel necessary to stop future attacks against high-end principals across the globe.

Titel
In Between God and Devil (The Vatican Knights, #19) 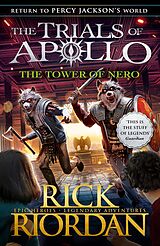