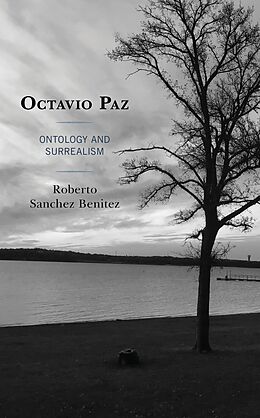 Octavio Paz: Ontology and Surrealism discusses poet Octavio Paz (1914-1998), one of Mexicös most controversial intellectuals. Over several decades, Paz has been celebrated for his impact on literature and culture as a poet as well as an essayist, and he is recognized as a great thinker and as a student of German ontology and phenomenology. Roberto Sanchez Benitez analyzes in detail Paz's training within the European philosophical thinking of the twentieth century, as well as in the artistic avant-garde, to illustrate the way in which philosophical, anthropological, linguistic, sociological, literary, and artistic proposals enriched his work and Mexican culture during the post-revolutionary period. Sanchez Benitez posits that Paz moved from a phenomenological ontology to a historicism of the human condition, wherein morality, politics, and the arts all reside in an ideological context where dogmatisms where impose in the face of a lack of internal criticism. This book explores the themes of the poetic act that Paz associated with his ontological and surrealist readings, leading up to when they were transformed by his experience in India and the assimilation of Eastern philosophies, along with going through a set of Western proposals relating to love, eroticism, and art. Scholars of literature, philosophy, Latin American Studies, and history will find this book particularly useful.

Chapter 4: The Writing on Desire