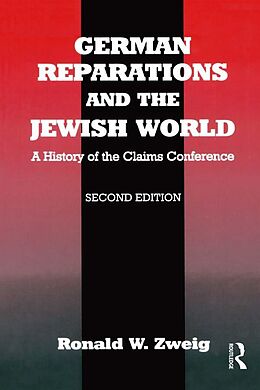 German Reparations and the Jewish World

German Reparations and the Jewish World" has become a standard reference work since it was first published. Based extensively on archival sources, the author examines the difficult debate within the Jewish world whether it was possible to reach a material settlement with Germany so soon after Auschwitz. Concentrating on how the money was spent in rebuilding Jewish life, he also analyzes how the reparations payments transformed the relations bteween Israel and the diaspora, and between different Jewish political and ideological groups. This revised and expanded edition includes material on sensitive relief programmes from archives that have only recently been opened to researchers. In a new, extensive introductory essay the author reexamines the reparations, restitution and indemnification processes from the perspective of 50 years later.

Untertitel
A History of the Claims Conference