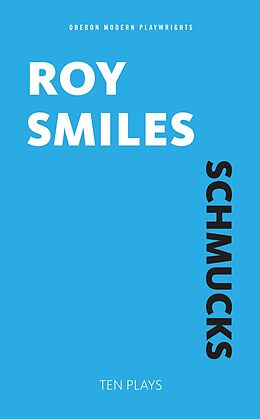 A struggling comic Joe Klein, mourning another failed night at comedy, finds himself in the middle of the New York blackout of 1965. Two comedy greats Lenny Bruce and Groucho Marx find themselves in the same diner. Groucho has got old and jaded. Lenny is fighting for the right to free speech and a longtime heroin addiction. As they wait out the dark they struggle for the comedic soul of young Joe. While Joe falls for the damaged but feisty waitress Mary. Schmucks was first staged at Battersea Arts Centre in 1992 with William Marsh as Lenny Bruce and David Mayberry as Groucho Marx.