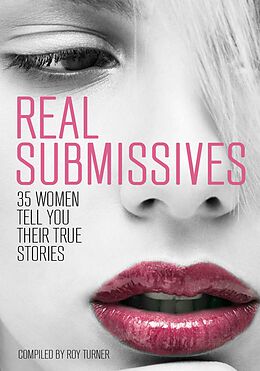 Real Submissives is a must read for any women considering exploring their submissive side. This book goes places that will surprise some and possibly shock others-as it is never anything less than candid. As a record of the experiences of lifestyle submissive females, it certainly isn't some 50 Shades fantasy-fest! These women 'walk the talk'; whether it be extreme role-play, slave training, pony girl, enforced servitude and prostitution, abduction and kidnapping. As this is the REAL THING, some of the experiences related can be extremely shocking and disturbing. It's DEFINITELY not one for the faint hearted! For many interviewees, the need for domination had its roots, not surprisingly, in childhood. An authoritarian, even brutal, father started a trend which they sought to recreate in future relationships. In many fantasies, it will be noted, the division between controlled and controller becomes blurred. In other words, the so-called submissive is actually directing the scenario. By far the most popular and powerful scenario for most women was the idea of being used by two or more men. For all those who fantasise about it only those with a co-operative male partner willing to organise it ever do anything about it. A submissive is rarely passive, but invariably an active participant in the action, often directing the scenario 'from below' and letting the dominant man or woman know exactly what she wants. Many a master has learned to his cost the penalty of not providing the submissive woman with what she craves. She will up and leave. As one slave-girl put it: "A woman will follow where she wants to be led". I sincerely hope you enjoy where this book leads you.

"Submissives are the sky divers of the sexual universe" Catherine Wolfe