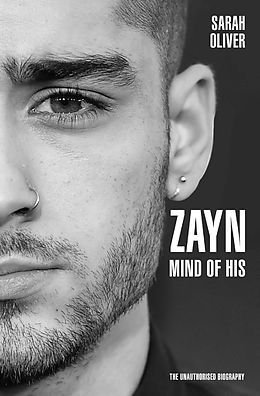 Zayn Malik - Mind of His

Zayn Malik shocked the world in 2015 when he unexpectedly announced his departure from One Direction, one of the most successful British groups of all time.

Despite his desire to step back from the spotlight, Zayn had no intention of stepping back from music, his one true passion. Indeed, he was determined to prove any doubters wrong. Able to forge his own musical path at last, Zayn unveiled hidden talents in his debut solo album Mind of Mine which showcased an eclectic range of influences, from R&B to reggae and even classical.

When One Direction first formed on The X Factor in 2010, few could have predicted the record-breaking successes they would achieve, or the millions of adoring fans they would gain. Despite the controversy over his departure from the band, Zayn has continued this trend of unprecedented success in his solo career, with his first single 'Pillowtalk' reaching No.1 around the world.

In this fully updated biography, top celebrity biographer Sarah Oliver traces Zayn's steps so far, from boyhood in Bradford, to One Direction stardom and his development as a solo artist. Aged just twenty-three, it is only the beginning for Zayn, and the brilliance of Mind of Mine is a sign of even greater things to come.

Titel
Zayn Malik - Mind of His