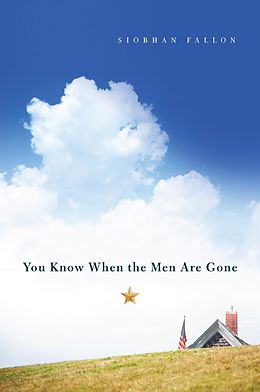 You Know When the Men Are Gone

An award-winning story collection from the author of The Confusion of Languages.

Through fiction of dazzling skill and astonishing emotional force, Siobhan Fallon welcomes readers into the American army base at Fort Hood, Texas, where U.S. soldiers prepare to fight, and where their families are left to cope after the men are gone. They'll meet a wife who discovers unsettling secrets when she hacks into her husband's email, and a teenager who disappears as her mother fights cancer. There is the foreign born wife who has tongues wagging over her late hours, and the military intelligence officer who plans a covert mission against his own home.

Powerful, singular, and unforgettable, these stories will resonate deeply with readers and mark the debut of a talent of tremendous note.

Siobhan Fallon is the author of the novel The Confusion of Languages and the short story collection You Know When the Men Are Gone, which won the PEN Center USA Literary Award in Fiction, the Indies Choice Honor Award, and the Texas Institute of Letters Award for First Fiction. Her writing has appeared in The Washington Post Magazine, Woman's Day, Good Housekeeping, Military Spouse, The Huffington Post, and NPR's Morning Edition, among others. She and her family moved to Jordan in 2011, and they currently live in Abu Dhabi, United Arab Emirates.

Titel
You Know When the Men Are Gone