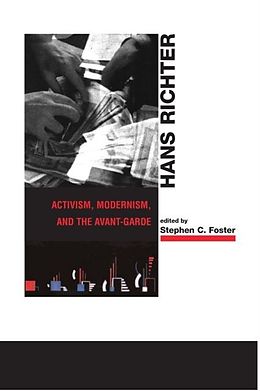 Few artists spanned the movements of early twentieth-century art as completely as did Hans Richter. Richter was a major force in the developments of expressionism, Dada, De Stijl, constructivism, and Surrealism, and the creator, with Viking Eggeling, of the abstract cinema. Along with Theo van Doesburg, Laszlo Moholy-Nagy, El Lissitzky, and a few others, he is one of the artists crucial to an understanding of the role of the arts in the reconstruction era following World War I.Most American scholars have focused on Richter's film work and have favored a strictly formalist approach that separates art and politics. The contributors to this book rewrite Richter's history to include his pivotal role in the development of the early twentieth-century avant-garde and his political activism. When Richter's work, particularly that of his earlier, European career, is viewed in its historical and political context, he emerges as an artist committed to the power of art to change the fabric of social, political, and cultural affairs.

Untertitel
Activism, Modernism, and the Avant-Garde