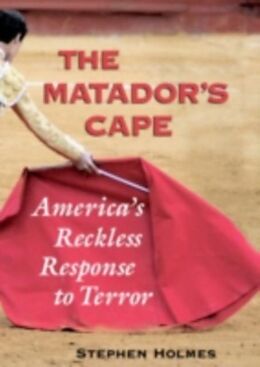 The Matador's Cape delves into the causes of the catastrophic turn in American policy at home and abroad since 9/11. In a collection of searing essays, the author explores Washington's inability to bring 'the enemy' into focus, detailing the ideological, bureaucratic, electoral and (not least) emotional forces that severely distorted the American understanding of, and response to, the terrorist threat. He also shows how the gratuitous and disastrous shift of attention from al Qaeda to Iraq was shaped by a series of misleading theoretical perspectives on the end of deterrence, the clash of civilizations, humanitarian intervention, unilateralism, democratization, torture, intelligence gathering and wartime expansions of presidential power. The author's breadth of knowledge about the War on Terror leads to conclusions about present-day America that are at once sobering in their depth of reference and inspiring in their global perspective.