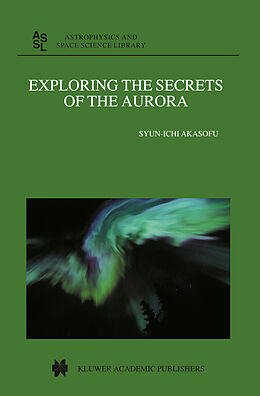 Exploring the Secrets of the Aurora

Prominent progress in science is inevitably associated with controversies. Thus, young researchers, in particular, have to learn how to persevere during the period of controversy and struggle for acceptance. Unfortunately, the skills needed are not taught in textbooks or monographs, which mostly describe the consensus of contemporary experts.
This book, which is based on my own experiences as a scientist, describes the history of the progress made in auroral science and magnetospheric physics by providing examples of ideas, controversies, struggles, acceptance, and success in some instances.
Although no general methodology (if any exists) is mentioned, I hope that the reader will learn about the history of progress in auroral science and examples (right or wrong) of dealing with the controversies.

Titel
Exploring the Secrets of the Aurora