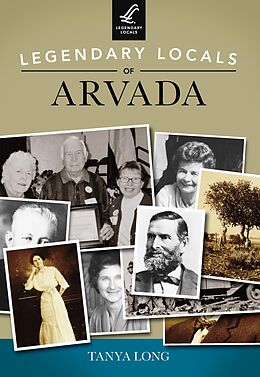 Unique characters have always made up the landscape of Arvada. Pioneers, ranchers and farmers, business leaders, community-minded individuals, doctors, sports figures, and even a Broadway star have all called home the city on a bluff overlooking Clear Creek. Benjamin Wadsworth was not only one of Arvada's founding fathers but also the town's first postmaster, and he donated many parcels of land for schools and churches to be built in the burgeoning town. Lloyd King, in 1947, opened the first King Soopers grocery store in Arvada. From this one small market grew an empire of more than 100 King Soopers stores in Colorado. Popular radio personality Irv Brown is known as &quoteDenver's go-to guy&quote for sports talk. Brown coached at Arvada High School during the 1960s, leading the Redskins to 10 conference football titles and one state championship. And two-time Cy Young Award-winner Roy Halladay honed his baseball skills in Arvada as a youth. The starting pitcher for the Philadelphia Phillies graduated from Arvada West High School in 1995. From Louis Ralston's discovery of gold in 1850 along the creek that bears his name, to the present day sprawling suburb, Arvada's people have helped make the town a jewel of the Centennial State.