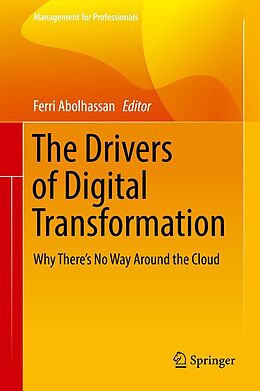 The Drivers of Digital Transformation

In this book, leading CEOs, CIOs and experts from international corporations explore the role of digitalization and cloud-based processes as the main business drivers of the 21st century. Focusing on how to get started with digitalization and how to handle the technologies involved, they employ analyses and practical case studies to demonstrate how to unleash the potential offered by the cloud, and how to achieve the most critical success factors - quality and security - through the right partnerships. Readers will discover why the cloud will soon take over the driver's seat in cars, and why Heineken CIO Anne Teague claims that innovation is impossible without high-quality IT. The book reveals what IT managers can learn from Silicon Valley and China today, and why Deutsche Telekom CEO Tim Hoettges believes Europe's future depends on successful digitalization. In a closing strategic assessment, the editor Ferri Abolhassan presents the cloud as the essential backbone of digitalization. In short, the book provides readers the first comprehensive, high-level assessment of cloud-based digital transformation in the era of Industry 4.0.

Dr.Ferri Abolhassan is a member of the T-Systems Board of Management, responsiblefor the IT Division and Telekom Security. From 1985 to 1988, Dr. FerriAbolhassan completed a bachelor's degree in computer science at SaarlandUniversity in Saarbrücken, Germany. After graduating, he worked at Siemens andIBM prior to completing his doctorate in 1992. He held various senior positionsat SAP and IDS Scheer, before joining T-Systems in September 2008 as Head ofSystems Integration and a member of the Board of Management. In late 2010, Abolhassantook on the role of Head of Production, before becoming Director of Delivery in2013. In January 2015, Abolhassan was appointed Director of the T-Systems ITDivision, with responsibility for approximately 30,000 employees and some 6,000customers. Moreover, to address new IT imperatives, Deutsche Telekom hascreated an organizational unit for security solutions, to be headed up byAbolhassan. The new business will combine all of Deutsche Telekom's securityactivities, and will market its cyber security offerings.

Klappentext
Exciting articles, analyses and practicalexamples describe how to get started with digitalization and handle thetechnologies involved, the potential offered by the cloud, the importance ofthe right partnerships and which factors are most critical to success,particularly as regards quality and security. Why will the cloud soon take thedriver's seat in our cars, and why does Heineken's long-term CIO Anne Teaguesay that innovation is impossible without high-quality IT? What can German ITmanagers learn from Silicon Valley or China, how much does Telekom CEO TimHöttges think Europe is dependent on successful digitalization, and why doesT-Systems director Dr. Ferri Abolhassan view the cloud as the essentialbackbone of digital transformation? This book is the first to bring together avariety of perspectives and present a 360° view of digitalization. Renownedauthors illustrate how industry representatives view the digital transformationof our economy. Its most important component is the cloud! And digitalization andcloud-based processes are the main business drivers of the 21st century.
Contents
The Editor

Dr. Ferri Abolhassan isa member of the T-Systems Board of Management, responsible for the IT Divisionand Telekom Security.

Titel
The Drivers of Digital Transformation

Untertitel
Why There's No Way Around the Cloud 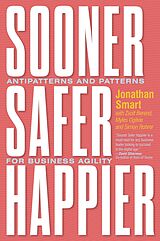 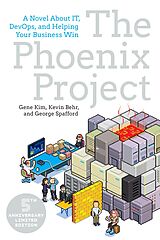 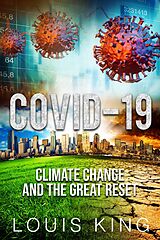