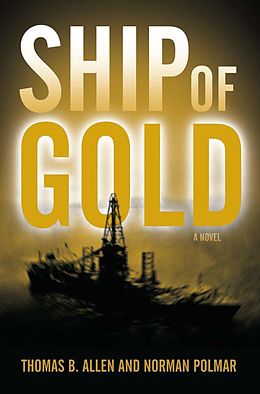 Ship of Gold is an exciting, fast-paced tale of action, intrigue, and adventure on the high seas-told with the ringing authenticity only firsthand knowledge can impart.In 1945, the U.S. submarine Tigerfish mistakenly torpedoed and sunk a Japanese cargo ship. The ship, allegedly carrying supplies to allied POWs, had been given safe passage. But, in fact, the Osaka Maru was a Japanese Trojan horse: a cunning ruse devised by a powerful secret society to transport tons of gold out of Japan under the very eyes of the enemy. Some thirty years later, the commander of the Tigerfish is murdered in Washington. As the CIA launches its investigation into his death, a race to raise the ship and recover its treasure begins, which mounts to an international incident involving the U.S., China, the Soviet Union and Japan.The action of this taut thriller provides the behind-the-scenes reality of the national security system at work-the CIA, the Oval Office, the Pentagon, and the National Security Council-all scrambling to solve the crisis and to have control of the operation. It is a stunning portrait that all too closely resembles real life. This gripping, authentic thriller, which culminates in the most exciting naval chase since The Hunt for Red October, is must-reading for fans of Tom Clancy, Clive Cussler, and Alistair MacLean.