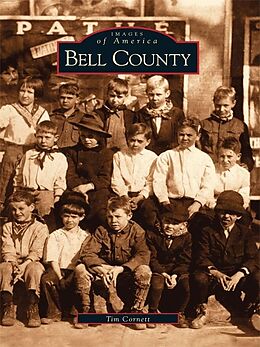 Bell County is a place steeped in history and imbued with a pioneering spirit. Its favorable location in southeastern Kentucky at the foothills of the Cumberland Mountains makes it the gateway to the Bluegrass State and beyond. Formed just after the Civil War from neighboring Harlan and Knox Counties, the area was explored by famous frontiersmen Dr. Thomas Walker and Daniel Boone, opening the nation's door to the West. From the 1750s until the last footfalls of the pioneers had been heard in the West, thousands trekked across this region. As the land became more accessible, travelers began to settle in this remote area. The discovery of coal, the advent of logging, and the coming of the railroad made Bell County a place to live and prosper, and its residents have always taken pride in their town's humble beginnings.Images of America: Bell County celebrates the region's heritage with vintage images and informative text. Black-and-white photographs culled from a variety of sources highlight the spirit of a remarkable community, where self-made millionaires and peg-legged admirals were among the many unforgettable individuals to call the area home. This photo journal invites readers to rediscover Bell County and its treasures.