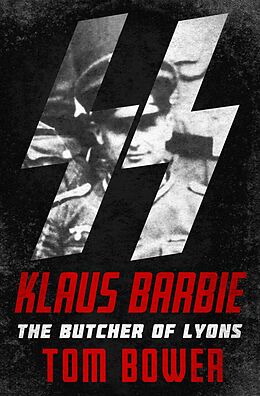 The true story of one of Hitler's most feared and brutal killers: his life and crimes, postwar atrocities, and forty-year evasion of justice.

During World War II, SS Hauptsturmführer Nikolaus "Klaus" Barbie earned a reputation for sadistic cruelty unmatched by all but a handful of his contemporaries in Adolf Hitler's Gestapo. In 1942, he was dispatched to Nazi-occupied France after leaving his bloodstained mark on the Netherlands. In Lyons, Barbie was entrusted with "cleansing" the region of Jews, French Resistance fighters, and Communists, an assignment he undertook with unparalleled enthusiasm.

Thousands of people died on Barbie's orders during his time in France-often by his own hand-including forty-four orphaned Jewish children and captured resistance leader Jean Moulin, who was tortured and beaten to death. When the Allies were approaching Lyons in the months following the D-Day invasion, Barbie and his subordinates fled, but not before brutally slaughtering all the prisoners still being held captive.

But the war's conclusion was not the end of the Klaus Barbie nightmare. With the dawning of the Cold War, the "Butcher of Lyons" went on to find a new purpose in South America, just as tensions between the United States and the Soviet Union were escalating. Soon, Barbie had a different employer who valued his wartime experience and expertise as an anti-communist man hunter and murderer: the US intelligence services.

In Klaus Barbie, investigative journalist and documentary filmmaker Tom Bower tells the fascinating, startling, and truly disturbing story of a real-life human monster, and draws back the curtain on one of America's most shocking secrets of the Cold War.


Autorentext
Tom Bower (b. 1946) is a British writer and investigative journalist. A former reporter for BBC’s Panorama, his books include unauthorized biographies of Tiny Rowland, Robert Maxwell, Mohamed Al-Fayed, Geoffrey Robinson, Gordon Brown, and Richard Branson. He won the 2003 William Hill Sports Book of the Year Award for Broken Dreams, an investigation into corruption in English football.

Untertitel
The Butcher of Lyons