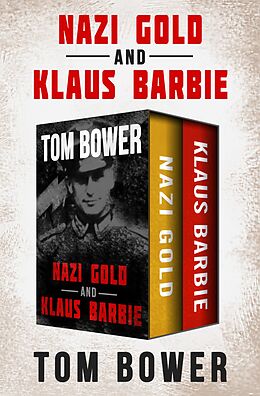 Two shocking exposés of Nazi cruelty and international collusion from "one of the finest investigative journalists" (The Washington Times). Nazi Gold: The Full Story of the Fifty-Year Swiss-Nazi Conspiracy to Steal Billions from Europe's Jews and Holocaust Survivors This riveting exposé reveals the shocking truth about how the Swiss banking industry knowingly collaborated with the Third Reich during the darkest era in modern history. With the knowledge and acquiescence of the Swiss government, hundreds of millions of dollars stolen from Jewish Holocaust victims were systematically hidden away in Swiss bank accounts. For the next half century, Swiss authorities engaged in a covert campaign of lies, subterfuge, and corruption to hide the wealth from its rightful owners-concentration camp survivors and the families of the slain-while freely dispensing the illegally obtained funds to fugitive Nazis. Nazi Gold is an explosive account of state-endorsed crimes and atrocities; of former victims fighting courageously for their due in the face of prejudice, hatred, and indifference; and of the dedicated US Treasury agents who worked tirelessly for decades to right an unconscionable wrong. "Compelling [and] carefully researched." -The Washington Times Klaus Barbie: The Butcher of Lyons In 1942, SS Gestapo chief Nikolaus "Klaus" Barbie was dispatched to Nazi-occupied France after leaving his bloodstained mark on the Netherlands. In Lyons, Barbie was entrusted with "cleansing" the region of Jews, French Resistance fighters, and Communists, an assignment he undertook with sadistic cruelty. Thousands died on Barbie's orders. Following the D-Day invasion, Barbie fled, slaughtering all his prisoners. But the war's conclusion was not the end of the "Butcher of Lyons." With the dawning of the Cold War, Barbie went on to find a new employer: the US intelligence services. He escaped to South America, where he lived a free man until extradited to France to finally stand trial for war crimes in 1983. "[A] taut, richly backgrounded story." -Kirkus Reviews

Autorentext
Tom Bower (b. 1946) is a British writer and investigative journalist. A former reporter for BBC's Panorama, his books include unauthorized biographies of Tiny Rowland, Robert Maxwell, Mohamed Al-Fayed, Geoffrey Robinson, Gordon Brown, and Richard Branson. He won the 2003 William Hill Sports Book of the Year Award for Broken Dreams, an investigation into corruption in English football.