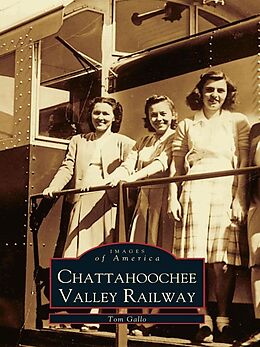 Weaving across state lines from Standing Rock, Alabama, through West Point, Georgia, and back to Bleecker, Alabama, the Chattahoochee Valley Railway served many communities along its line. Its last run was in 1992, but now the days of the short line railroad are revisited in Chattahoochee Valley Railway. Although some books on the history of the region render a passing mention of this railway, none have included over 200 images and a detailed historical account like Chattahoochee Valley Railway. The railroad served surrounding communities for over five generations by offering transportation, and the rail line,s parent textile corporation built schools, churches, recreationalareas, and a water supply for those communities. By the 1980s, modernization of the corporate structure eliminated the need for the railway and its equipment was sold off. However, part of its track bed is now a biking, hiking, and walking trail. The old railway is still serving nearby residents and is still enjoyed by all who follow its path.