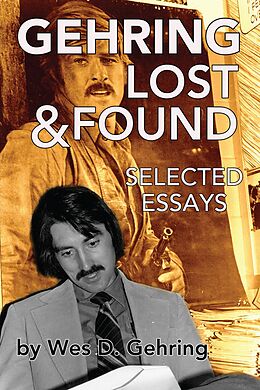 In a 1979 Frank Capra letter to the author, the director wrote, in part, " I thoroughly enjoyed your 'McCarey vs Capra' article [included in the anthology]. I must also tell you that we were intimate friends. "

WES D. GEHRING is the Distinguished Professor of Film at Ball State University and associate media editor of USA Today Magazine, for which he also writes the column "Reel World." Author of 40 film books, their reception has resulted in speaking engagements from the Paris-Sorbonne University, to New York's Museum of Modern Art (MOMA). Since 2017 he has also been one of Turner Classic Movies' (TCM) on-screen scholars for their summer online classes.