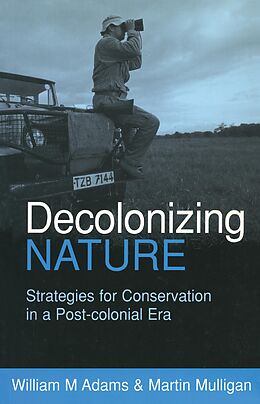 British imperialism was almost unparalleled in its historical and geographical reach, leaving a legacy of entrenched social transformation in nations and cultures in every part of the globe. Colonial annexation and government were based on an all-encompassing system that integrated and controlled political, economic, social and ethnic relations, and required a similar annexation and control of natural resources and nature itself. Colonial ideologies were expressed not only in the progressive exploitation of nature but also in the emerging discourses of conservation. At the start of the 21st century, the conservation of nature is of undiminished importance in post-colonial societies, yet the legacy of colonial thinking endures. What should conservation look like today, and what (indeed, whose) ideas should it be based upon? Decolonizing Nature explores the influence of the colonial legacy on contemporary conservation and on ideas about the relationships between people, polities and nature in countries and cultures that were once part of the British Empire. It locates the historical development of the theory and practice of conservation - at both the periphery and the centre - firmly within the context of this legacy, and considers its significance today. It highlights the present and future challenges to conservationists of contemporary global neo-colonialism The contributors to this volume include both academics and conservation practitioners. They provide wide-ranging and insightful perspectives on the need for, and practical ways to achieve new forms of informed ethical engagement between people and nature.

Bill Adams is reader in Conservation and Development at the University of Cambridge and author of Future Nature: a vision for conservation and, Green Development: environment and sustainability in the Third World. Martin Mulligan is Senior Lecturer at the University of Western Sydney and co-author (with Stuart Hill) of Ecological Pioneers: a social history of Australian ecological thought and action as well as general editor of the journal Ecopolitics: thought & action.

Introduction * Nature and the Colonial Mind * Decolonizing Relationships with Nature * The 'Wild', the Market, and the Native: Indigenous People Face New Forms of Global Colonization * Sharing South African National Parks: Community Land and Conservation in a Democratic South Africa * Devolving the Expropriation of Nature: The 'Devolution' of Wildlife Management in Southern Africa * Decolonizing Highland Conservation * Responding to Place in a Post-colonial Era: Reflections on the Australian Experience * When Nature Won't Stay Still: Conservation, Equilibrium and Control * Beyond Preservation: The Challenge of Ecological Restoration * Feet to the Ground in Storied Landscapes: Disrupting the Colonial Legacy with a Poetic Politics * Conclusions * Index

Untertitel
Strategies for Conservation in a Post-colonial Era 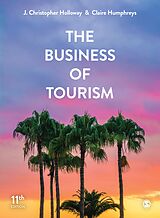