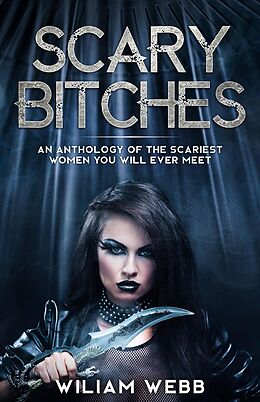 Scary Bitches: An Anthology of the Scariest Women You Will Ever Meet

With all of the attention placed on murderers of the male persuasion, you may be under the mistaken impression that the fairer sex has little if any blood on their hands.

Sure, women have killed people over the years, but aside from a poisoning here and there, they couldn't have been that bad, right?

True, there have been fewer female serial killers than men (that we know of), but as this book shows the women who have taken part in this sickening pastime were every bit as twisted, cruel, and terrifying as their overhyped male counterparts.

From bathing in blood to baby-killing, the women profiled in this book have stories shocking enough to make even the toughest, creatine-guzzling he man faint.

Titel
Scary Bitches: An Anthology of the Scariest Women You Will Ever Meet