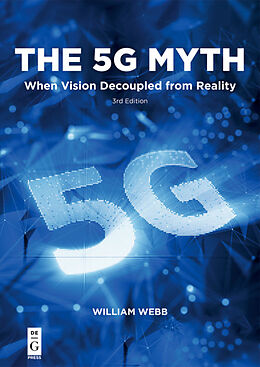 The 5G Myth explains why the vision of 5G, the next generation in mobile telephony, heralded as a huge advance in global connectivity, is flawed and sets out a better vision for a connected future. It explains why insufficient technological advances and inadequate profitability will be problems in the widespread implementation of 5G. The book advocates a focus on consistent connectivity everywhere rather than fast speeds in city centers.

William Webb looks back at the transitions through previous generations of mobile telephony and shows what simple extrapolations of trends would predict for 5G. He discusses whether the increases in speed and capacity promised by 5G are needed; if the required technology is available; whether a sound business case can be made for the deployment; and asks why, given this, the industry appears so supportive of 5G. He then puts forth the argument in favor of consistent connectivity of around 10Mbits/s everywhere as a more compelling vision and shows how it can be delivered via a mix of 4G and Wi-Fi.

William is a Director at Webb Search Consulting, a company specialising in providing the highest level of advice in matters associated with wireless technology and regulatory matters. He is also CEO of the Weightless SIG, the standards body developing a new global M2M technology. He was President of the IET - Europe's largest Professional Engineering body during 14/15.

He was one of the founding directors of Neul, a company developing machine-to-machine technologies and networks, which was formed at the start of 2011 and subsequently sold to Huawei in 2014 for $25m. Prior to this William was a Director at Ofcom where he managed a team providing technical advice and performing research across all areas of Ofcom's regulatory remit. He also led some of the major reviews conducted by Ofcom including the Spectrum Framework Review, the development of Spectrum Usage Rights and most recently cognitive or white space policy. Previously, William worked for a range of communications consultancies in the UK in the fields of hardware design, computer simulation, propagation modelling, spectrum management and strategy development. William also spent three years providing strategic management across Motorola's entire communications portfolio, based in Chicago.

William has published 16 books, over 100 papers, and 18 patents. He is a Visiting Professor at Southampton University, an Adjunct Professor at Trinity College Dublin, a member of multiple oversight Boards and a Fellow of the Royal Academy of Engineering, the IEEE and the IET. In 2015 he was awarded the Honorary Degree of Doctor of Science by Southampton University in recognition of his work on wireless technologies and Honorary Doctor of Technology by Anglia Ruskin University in honour of his contribution to the engineering profession. His biography is included in multiple "Who's Who" publications around the world. William has a first class honours degree in electronics, a PhD and an MBA.

Untertitel
When Vision Decoupled from Reality 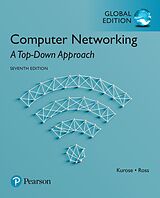 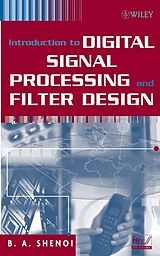 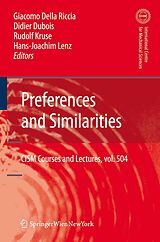