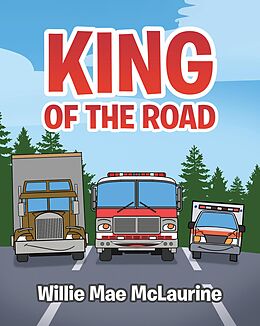 King Of The Road

As Big Wheeler, one of the largest trucks on the road, rolls down the road with two other trucks, he declares, "I am king of the road." Ambulance and Fire Engine proclaims at the same time, "Who made you king?" Fire Engines reminds all of them, "A king is a can doer. All of us can do something." "Everything on earth is created to do something special," Ambulance decides. They are concerned about Big Wheeler's bragging. He only believes he is king because he is larger than most trucks. Bigger does not mean better. Everyone is here on earth for God's own purpose. He is not interested in the reasons they all exist. He sees that when he roars his motor, everything and everyone moves out of his way. Ambulance says, "Everyone is placed on earth to help others. I take sick people to and from the hospital. Big Wheeler hauls lots of things for people to use. Fire Engine puts out fires and rescues people. We are all beautifully and wonderfully made for a special purpose."

Titel
King Of The Road