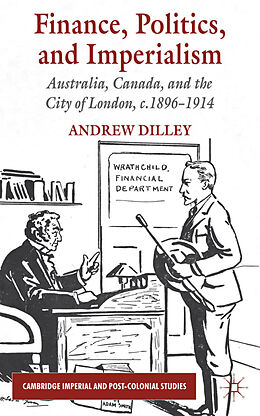 Andrew Dilley offers a major new study of financial dependence, examining the connections this dependence forged between the City and political life in Edwardian Australia and Canada, mediated by ideas of political economy. In doing so he reconstructs the occasionally imperialistic politic of finance which pervaded the British World at this time.