Zana, Wild Woman of the Caucasus is loosely based on history. The novel documents the discovery of an ape-like woman found in the Caucasus region in the late 19th century.

The story takes place in Circassia (present day Georgia, Europe), where two teenage boys discover and capture a deformed woman in the forest near their home. They sell her into slavery, which they later bitterly regret.

One of the boys tries unsuccessfully to locate Zana with the intention of freeing her. Their guilt over the woman's forced slavery remains unresolved, yet on their repeated searches both boys find romance as they grow up and learn life lessons. But their lives remain as unfulfilled as their search for the wild woman.

A. M. Rodio retired in 2008 from teaching history at Edison State University in Fort Myers, Florida. "I read about Zana in a history book and became fascinated with what might have occurred, since few details of her life have been documented."

Untertitel
Wild Woman of the Caucasus 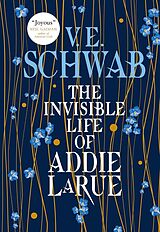