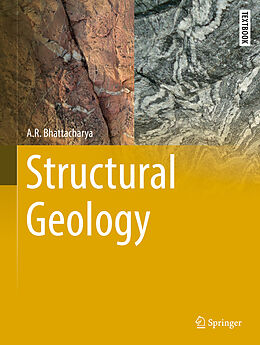 This textbook is a complete, up-to-date, and highly illustrated account of Structural Geology for students and professionals, and includes fundamentals of the subject with field and practical aspects. The book aims to be highly reader-friendly, containing simple language and brief introductions and summaries for each topic presented, and can be used both to refresh overall knowledge of the subject as well as to develop models for engineering projects in any area or region. The book is presented in 20 chapters and divided into 3 parts: (A) Fundamental Concepts, (B) Structures: Geometry and Genesis, and (C) Wider Perspectives. For the first time as full chapters in a textbook, the book discusses several modern field-related applications in Structural Geology, including shear-sense indicators, and deformation and metamorphism. Also uniquely included are colored photographs, side by side with line diagrams, of key deformation structures not seen in other books before now. Boxes in each chapter expand the horizons of the reader on the subject matter of the chapter. Questions at the end of each chapter, and detailed significance of the key structures, provide a better grasping to students. Glossary at the end of the book is a refreshing aspect for the readers. Though written primarily for undergraduate and graduate students, the text will also be of use to specialists and practitioners in engineering geology, petrology (igneous, sedimentary, and metamorphic), economic geology, groundwater geology, petroleum geology, and geophysics, and will appeal to beginners with no preliminary knowledge of the subject.

Provides many colored photographs not seen in other books, covering all the key deformation structures in rocks

Autorentext
Dr. A. R. Bhattacharya is a Retired Professor of Geology from the University of Lucknow, India. He had obtained his B.Sc, M.Sc. and Ph.D. degrees from this university, and later he joined the faculty of the Department of Geology where he taught, and carried out research work in, structural geology for about four decades. His research interests include geometry and genesis of structures, shear zones, fabric development and evolution of structural complexes. Some of his notable contributions include: a new classification of folds, two new parameters of fold geometry, an empirical equation for natural folds, a mathematical model of fold development, quantitative modelling of shear zones, and a graphical method for distinguishing different fold generations. His work on the Himalaya has thrown newer lights on the structure and deformational processes in the Kumaun-Garhwal sectors that have far reaching implications for understanding the evolution of mountain belts. His researches on the Bundelkhand craton of central India especially on identification of crustal scale shear zones, structural elucidation of quartz reefs, mesoscopic fold geometry and deformational processes in the internal domains of rocks, are of pioneering nature for this craton. One of his research papers (published in Tectonophysics, vol. 387, 2004) was selected as "Top 25 Hottest Papers" by Science Digest and it was ranked 15th. He has co-edited two research level books. He has been an Alexander von Humboldt Fellow of Germany under which he visited Germany a few times, having worked at Göttingen University and at Aachen University of Technology. In addition, he had also visited the U.S.A., France, England, Italy, Switzerland, Belgium and Holland for academic/research purposes. He has a vast geological field experience of the Himalaya and the peninsular shield of central India, as well as of several structurally important regions of the world, mainly the Appalachians of the U.S.A., Alps of Italy, Jura of Switzerland, Variscan Belt, Rhine Graben and NW Schist Belt of Germany, and Palaeozoic-Mesozoic Belts of Belgium and Holland. 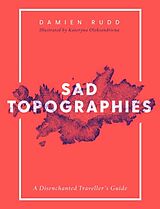