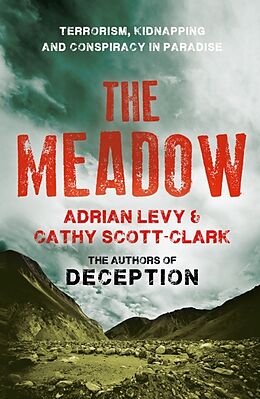 The shocking true story of a brutal kidnapping high in the mountains of Kashmir that marked the beginning of modern terrorism.

Adrian Levy and Cathy Scott Clark are internationally renowned and award winning investigative journalists who worked as staff writers and foreign correspondents for The Sunday Times before joining the Guardian. Their first book, Stone of Heaven (2001) was named by the New York Times as a book of the year. The Amber Room (2004) was a finalist in the Borders' Original Voices US book awards, becoming a national best seller there. Their third book, Deception (2007) was a Washington Post 'pick of the year', and a finalist in the Royal United Services Institute, Duke of Westminster's Medal for military literature.They won the One World Media award for foreign reporting in 2005 and were selected as One World Media Journalists of the Year in 2009. They have produced several television documentaries, most recently City of Fear, a film for Channel 4's Dispatches (2010). They live in London and in France.

Untertitel
Where the Terror Began