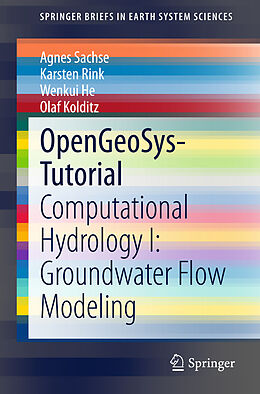 This tutorial on the application of the open-source software OpenGeoSys (OGS) in computational hydrology is based on a one-week training course at the Helmholtz Centre for Environmental Research in Leipzig, Germany. It provides general information regarding hydrological and groundwater flow modeling and the pre-processing and step-by-step model setups of a case study with OGS and related components such as the OGS Data Explorer. The tutorial also illustrates the application of pre- and post-processing tools such as ArcGIS and ParaView. This book is intended primarily for graduate students and applied scientists who deal with hydrological-system analysis and hydrological modeling. It is also a valuable source of information for practicing hydrologists wishing to further their understanding of the numerical modeling of coupled hydrological-hydrogeological systems. This tutorial is the first in a series that will present further OGS applications in environmental sciences.