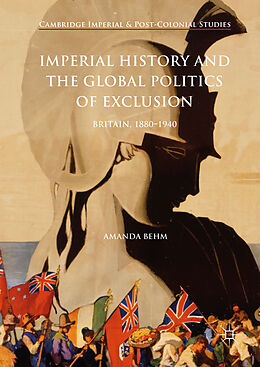 Imperial History and the Global Politics of Exclusion

Examining the rise of the field of imperial history in Britain and wider webs of advocacy, this book demonstrates how intellectuals and politicians promoted settler colonialism, excluded the subject empire, and laid a precarious framework for decolonization. History was politics in late-nineteenth-century Britain. But the means by which influential thinkers sought to steer democracy and state development also consigned vast populations to the margins of imperial debate and policy. From the 1880s onward, politicians, intellectuals, and journalists erected a school of thought based on exclusion and deferral that segregated past and future, backwardness and civilization, validating racial discrimination in empire all while disavowing racism. These efforts, however, engendered powerful anticolonial backlash and cast a long shadow over the closing decades of imperial rule. Bringing to life the forgotten struggles which have, in effect, defined our times, Imperial History and the Global Politics of Exclusion is an important reinterpretation of the intellectual history of the British Empire.

Demonstrates precisely how racism served as the bulwark for imperial rule, as well as its undoing

Offers a new way of thinking about the relationship between ideas and action in British, Imperial, Anglo-American, and international history

Titel
Imperial History and the Global Politics of Exclusion