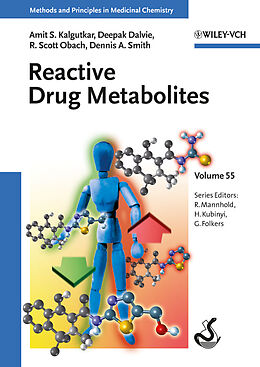 This first comprehensive introduction to the topic discusses the current best practice to manage toxicity risks in new drugs, including an in-depth analysis of the toxicological potential of the top 200 prescription drugs.

Closing a gap in the scientifi c literature, this first comprehensive introduction to the topic is based on current best practice in one of the largest
pharmaceutical companies worldwide. The first chapters trace the development of our understanding of drug metabolite toxicity, covering basic concepts and techniques in the process, while the second part details chemical toxicophores that are prone to reactive metabolite formation. This section also reviews the various drug-metabolizing enzymes that can participate in catalyzing reactive metabolite formation, including a discussion of the structure-toxicity relationships for drugs. Two chapters are dedicated to the currently hot topics of herbal constituents and IADRs.

The next part covers current strategies and approaches to evaluate the reactive metabolite potential of new drug candidates, both by predictive
and by bioanalytical methods. There then follows an in-depth analysis of the toxicological potential of the top 200 prescription drugs, illustrating
the power and the limits of the toxicophore concept, backed by numerous case studies. Finally, a risk-benefi t approach to managing the toxicity risk of reactive metabolite-prone drugs is presented.

Since the authors carefully develop the knowledge needed, from fundamental considerations to current industry standards, no degree in pharmacology is required to read this book, making it perfect for medicinal chemists without in-depth pharmacology training.